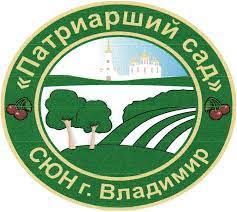 1948 - I All-Union rally of young Michurin gardeners under the slogan "Let's decorate our Motherland with gardens", foundation of the Garden named after 16 Union republics

may 28, 1948 was the date of foundation of the educational organization.

september 1, 1975 on the basis of the Children's Park named after 16 Union republics the city Young Naturalists' Station functions

on October 16, 1995 the resort received the license for conducting educational activities in the sphere of additional education.

In August 2005 the Young Naturalists Station received the property of the former regional ecological and biological center, the territory of the institution was extended by 1.2 hectares and at present it covers almost 4 hectares

In2015 the reconstruction of the "Patriarch's Garden" was started.

On January 1, 2016, the institution was renamed "Municipal autonomous institution of additional education in Vladimir "Station of young naturalists "Patriarch Garden""

2018 - reconstruction of the territory of the young naturalists' station was completed, a new educational building, a conference room and a greenhouse were built in.